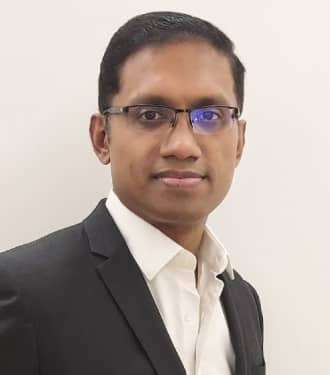 Dr. Bijoy K. Balakrishnan is currently the Specialist Lead Consultant, Fetal Medicine Unit at CIMAR in Ernakulam, India. CIMAR is a multi-specialty hospital that has a strong obstetrics and gynecology base. He works at the two branches of CIMAR, Edappal, and Cochin. Their team deals with 5,500 deliveries annually.

CIMAR provides one-year training fellowships in fetal medicine to Obstetricians. They also have a two-year FNB course in high-risk pregnancy and perinatology. Both these teaching programs are headed by Dr. Bijoy K.Balakrishnan, who also has an annual intake of around 6 fellows per year.