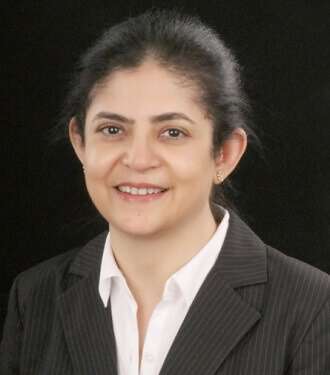 Dr. Mala Sibal is the Course Director and Faculty of ‘Gynecology Academy’, which started as an online learning portal for basic and advanced training, and skill enhancement in the field of gynecological ultrasound, and has now expanded to include other fields in Gynecology.

She is also a Consultant in Dept. of Fetal Medicine & OBG (Obstetrics and Gynecology) Ultrasound, Manipal Hospital, Bangalore. She was the Head of the Department from 2011 to 2013. Her field of expertise is Gynecological Ultrasound.

Dr. Mala Sibal is an international speaker and has delivered over 350 guest lectures in 13 countries, including 44 cities across the world. She is one of the leading doctors in the country who has specialized in this field and has written an excellent book and articles in the field of gynecological ultrasound.

She is an ISUOG International Faculty Member (ISUOG: International Society for Ultrasound in Obstetrics and Gynecology). She is also the IOTA Ambassador for India and Asia (IOTA – International Ovarian Tumor Analysis)